Ask any athlete: How you finish matters.

Some crawl. Others coast. But true champions dig deep in the home stretch, tap into every remaining drop of strength and surge across the finish line with one last burst of resolve, leaving nothing in the proverbial tank.

Now that the end is in sight for the Power of Every One Centennial Campaign, we’re determined to finish strong — and we need your help.

This is only the third time in Cleveland Clinic’s century-spanning history that donors, volunteers and caregivers have come together for a comprehensive philanthropic campaign. These efforts have provided essential resources to further our global health system’s mission of patient care, research and education.

Cleveland Clinic’s first campaign, in the 1990s, brought us the Lerner Research Institute, the Taussig Cancer Center, the Cole Eye Institute and many important programs to support patient care.

In the early 2000s, the Sydell and Arnold Miller Family Pavilion was one of the major outcomes from a campaign for Cleveland Clinic’s heart and vascular program. Since then, the building has seen more than 20 million appointments while delivering heart care that has been ranked not only No. 1 in the nation, but the best in the world.

We were fortunate to build upon the forward momentum from those previous campaigns when we launched the Power of Every One Centennial Campaign quietly a decade ago, then publicly in 2014. Even before it concludes at the end of this year, capping Cleveland Clinic’s centennial, this latest campaign has had a profound impact [see A Letter from Lara].

Don’t cue the confetti just yet, though.

Proponents of the “finish strong” approach will tell you that it’s not just about completing the race at hand with a bang. It carries you over on a positive note to the next race. And the one after that. It’s basic physics, really. Remember Sir Isaac Newton’s laws of motion? An object at rest tends to stay at rest; an object in motion tends to stay in motion.

As we approach our goal of $2.4 billion in these final days of the Power of Every One Centennial Campaign, let’s keep the momentum going. If you haven’t joined us, please don’t miss your last chance to be part of this historic effort. And if you’ve already contributed, we thank you — and we encourage you to consider increasing your participation.

The next century of transformational healthcare at Cleveland Clinic starts now, propelled by your generosity. It’s up to all of us to get off to a strong start — with a strong finish.

For all that you do … thank you. 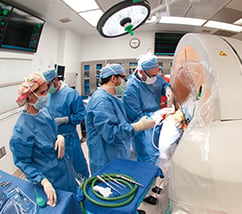 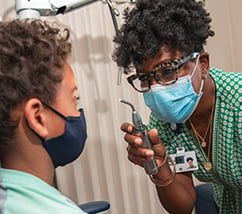 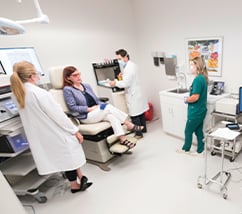 A Cure for 'Desktop Medicine' 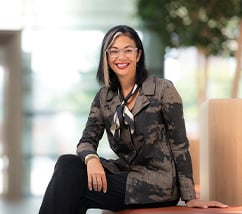 A LETTER FROM LARA